Melatonin, The Hormone of Darkness. 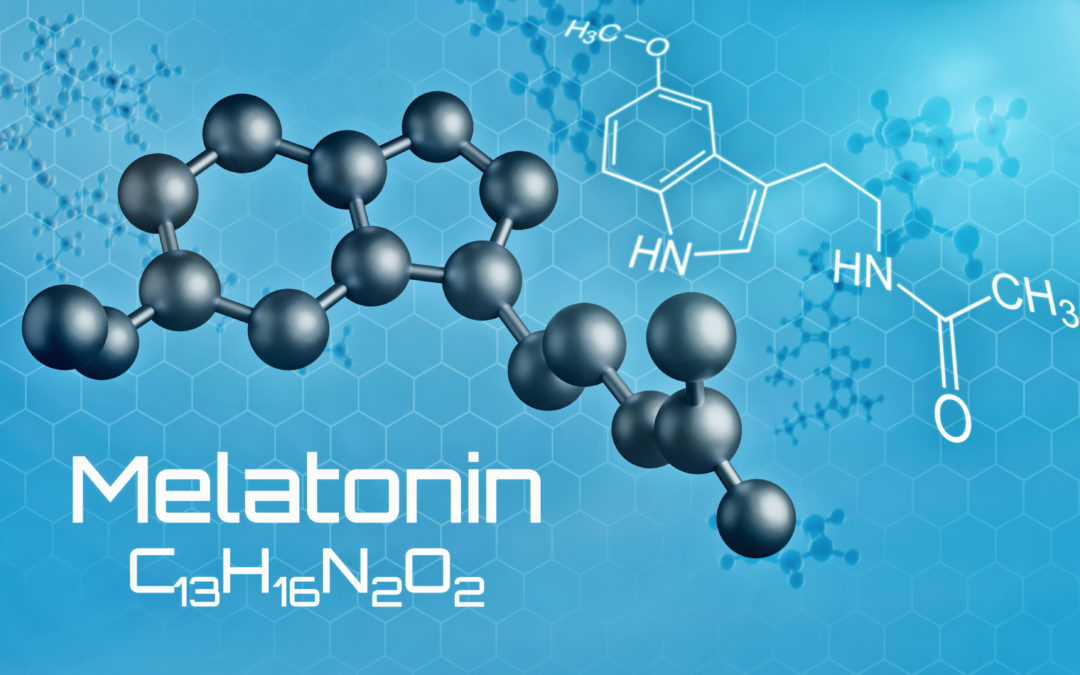 Melatonin, The Hormone of Darkness

Each year a comprehensive list of the top 500 best-selling is released and once again we see Melatonin at the top of the list in the number 2 position. The name melatonin may sound familiar even if you have never been prescribed it; well this is because melatonin is a hormone that is naturally produced by the pineal gland (glandula pinealis). The pineal gland found roughly in the centre of the brain constantly produces melatonin with levels dramatically increasing once the sun sets and then dropping to an almost unmeasurable amount upon sunrise.
It is interesting to note that melatonin occurs naturally in some foods such as bananas and grapes, rice and cereals, herbs, plums, olive oil, wine and beer however in only small amounts typically 0.17–13.46 ng/g. So what does melatonin do? Melatonin helps synch the circadian rhythms, primarily the day night cycle. As the levels of melatonin rise with the decrease of light the desire for sleep for increases.

Although melatonin has been known about since the early twentieth century and was initially found to lighten the colour of the skin. Carey Pratt McCord and Floyd P discovered this by feeding an extract from the pineal gland of a cow to tadpoles and noticed a lightening of the tadpole’s skin. It was not until 1958 when Dr. Aaron B. Lerner a professor at Yale University isolated the hormone from cow’s pineal gland responsible for the bleaching effect and it is Professor Lerner that named this hormone melatonin. Professor Lerner was not above a bit of self-experimentation and on ingesting 100mg of the hormone reported no effects apart from drowsiness. In the 1970’s Harry J. Lynch et al. successfully demonstrated the link between the production of melatonin to the circadian rhythm.
The link between light and the amount of melatonin produced was made in 1981 by Alfred Lewy showing an increase melatonin at night, hence the nickname The Hormone of Darkness or the Dracula Hormone. In 1993 it was discovered that melatonin is an antioxidant and is effective in reducing oxidative stress. This is achieved via a variety of means; direct detoxification of reactive oxygen and reactive nitrogen species and indirectly by stimulating antioxidant enzymes while also suppressing the activity of pro-oxidant enzymes. In 1995 the first patent was awarded to Professor Richard Wurtman for its use as a low-dose sleep aid.

Predominately prescribed as an aid to sleep, allowing the patient to gain the correct levels of melatonin. In sleep disorders such as insomnia melatonin can help improving sleep latency and the quality of sleep. Quality of sleep may also be improved for sufferers of autism especially children who have lower than average levels of melatonin. Whilst available over the counter in many countries Melatonin is only available via doctor’s prescription in UK. This is partly due to the importance of correct dosage and time of administration as unqualified self-medication can lead to a resetting of the body clock.       For further reading: Wurtman, Judith. (1984). Melatonin as a Hormone in Humans: A History. The Yale journal of biology and medicine. 58. 547-52. Irina V. Zhdanova, Harry J. Lynch, Richard J. Wurtman; Melatonin: A Sleep-Promoting Hormone, Sleep, Volume 20, Issue 10, 1 October 1997 Melatonin as an antioxidant: under promises but over delivers. J Pineal Res. 2016 Oct;61(3):253-78. doi: 10.1111/jpi.12360. Epub 2016 Sep 1.